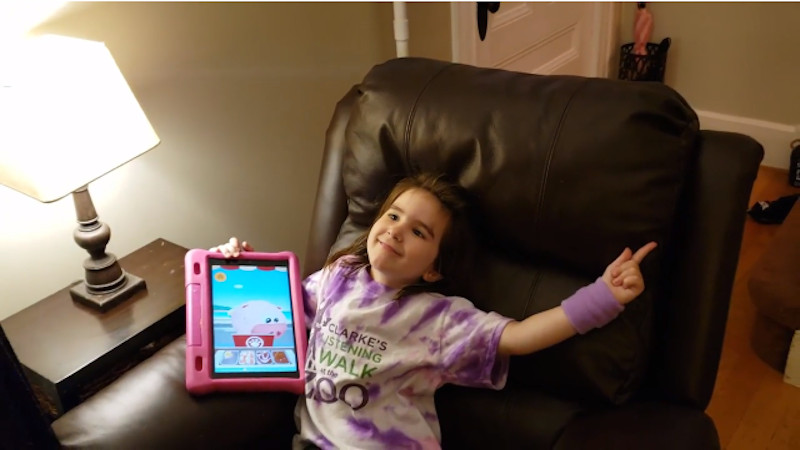 Getting a child’s attention can be difficult at the best of times. Add deafness into the picture, and it’s harder again. [Jake]’s daughter recently had to go without her cochlear implants, raising this issue. Naturally, he whipped up some hardware to solve the problem.

[Jake]’s solution was to devise a vibrating wristband that could be used to get his daughter’s attention. An Adafruit Trinket M0 is used to vibrate a pager motor, using a DRV2605 motor driver. This is paired with a Tile Bluetooth device, allowing the unit to interface with Google Assistant. This allows [Jake] to get his daughter’s attention with a simple voice command to a smartphone, tablet or smart speaker.

While [Jake]’s daughter will regain her cochlear implants soon, they do have limitations as far as hearing distant sounds and working in high-noise environments. It’s likely that this little gadget will prove useful well into the future, and could serve others well, too. Wearable notification devices are growing more popular; this OLED ring is a particularly good example. Video after the break.