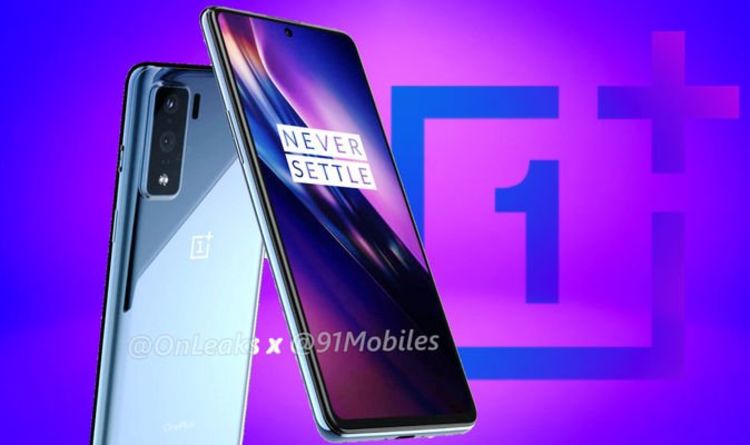 OnePlus has revealed the first details about its next smartphone. And we know it’s not going to be called OnePlus Z or OnePlus 8 Lite – as some sources had suggested. No, the next handset from the Shenzhen-based company will be the OnePlus Nord. Here’s what else we learned from the first in a series of drip-feed announcements about the new handset.

The company kickstarted a new documentary series, known as New Beginnings, which offers a deep-dive into the process of creating the new device. The first episode of the series premiered earlier today, Tuesday June 30, at 1pm BST (8am EST and 1pm BST) and confirmed the name of the next OnePlus smartphone – as well as a blink-and-you’ll-miss-it glimpse at the hardware itself.

First up, that name. While OnePlus has kept things pretty simple with its flagship smartphones series – moving from the OnePlus 6 to the OnePlus 6T, then OnePlus 7, 7T, and earlier this year, the OnePlus 8 …it’s shaking things up with this new lower-cost smartphone. Dubbed OnePlus Nord, the upcoming handset will be the first in an entirely new range.

According to OnePlus, it created the new OnePlus Nord product line to address feedback from the firm’s incredibly loyal (and vocal) community about the need for OnePlus to built a more affordable smartphone “that incorporates OnePlus’ flagship-level product and user experience standards.” OnePlus says that OnePlus Nord will satisfy those people.

The company hasn’t revealed how affordable its new, more affordable smartphone will be. However, the Chinese start-up made its name with a series of smartphones with aggressively-low price tags and features usually only found on flagship devices costing two or three times as much. Whether OnePlus Nord will be quite as radical now that OnePlus itself is one of the companies trying to sell smartphones with a £799 price tag remains to be seen.

MORE LIKE THIS
AirPods look out! OnePlus could unveil all-new wireless ‘OnePlus Buds’ in a few weeks

Talking about the announcements from the first in the series of four documentary episodes, Pete Lau, Founder and CEO of OnePlus, said, “Launching the OnePlus Nord product line marks the beginning of an exciting new chapter for OnePlus. The ‘Never Settle’ spirit is centred around sharing the best technology and products with the world, but it is also about challenging ourselves and going beyond our comfort zone. We are immensely proud of our flagship products and will continue to create more tech-leading flagships for our users. Now we are excited to share the OnePlus experience with even more users around the world through this new product line.”

If you want to be one of the first to get a glimpse of the new smartphone, you’ll need to head over to the Instagram account @Oneplus_.nord (née @OnePlusLiteZThing) where the docu-series will be shown. Clearly, the name of the Instagram account suggests that OnePlus is well aware of the rumours swirling around its next announcement. It also seemingly confirms that OnePlus Z or OnePlus Lite won’t be the final names used for the device.

Elsewhere, rumours suggest the more affordable OnePlus Z will keep a number of the top-tier features seen on the pricier OnePlus 7 and OnePlus 8 series, including the high refresh-rate display. According to whispers, OnePlus Z will ship in a single size – a 6.4-inch OLED display with a 90Hz refresh rate. Other staples of OnePlus smartphones, like an embedded fingerprint scanner under the screen and a large fast-charging battery, are also expected to make an appearance.

In terms of design, OnePlus is expected to keep things similar to the rest of its current line-up. Renown tipster @OnLeaks has teamed-up with blog 91Mobiles to reveal a glimpse of the design based on leaked CAD models, which are used during the manufacturing process to allow case manufacturers to prepare accessories to hit store shelves with the new handset.

On the back of the handset, OnePlus is slated to include triple rear-cameras (and two front-firing cameras) to bring a number of photography tricks, such as ultra-wide shots and portrait mode. Powering all of these camera goodies will be the Qualcomm Snapdragon 765G chipset, which won’t provide the same blisteringly-fast speeds found on the OnePlus 8 Pro (the performance of this chip is much closer to the flagship Snapdragon 855 chip from last year found in the OnePlus 7 Pro), but will include support for 5G networks.

So, while you won’t get the latest speeds when it comes to mobile gaming or crunching through 4K video edits, you will be able to access next-generation mobile speeds – which offer downloads some three to four times faster than the average UK broadband speed. Compared to other popular handsets within its price range, including the recently-launched iPhone SE and Google Pixel 3a from last year, that’s a major boost. Of course, there are some mid-range 5G handsets, but nothing from brands with quite the same cachet as OnePlus.