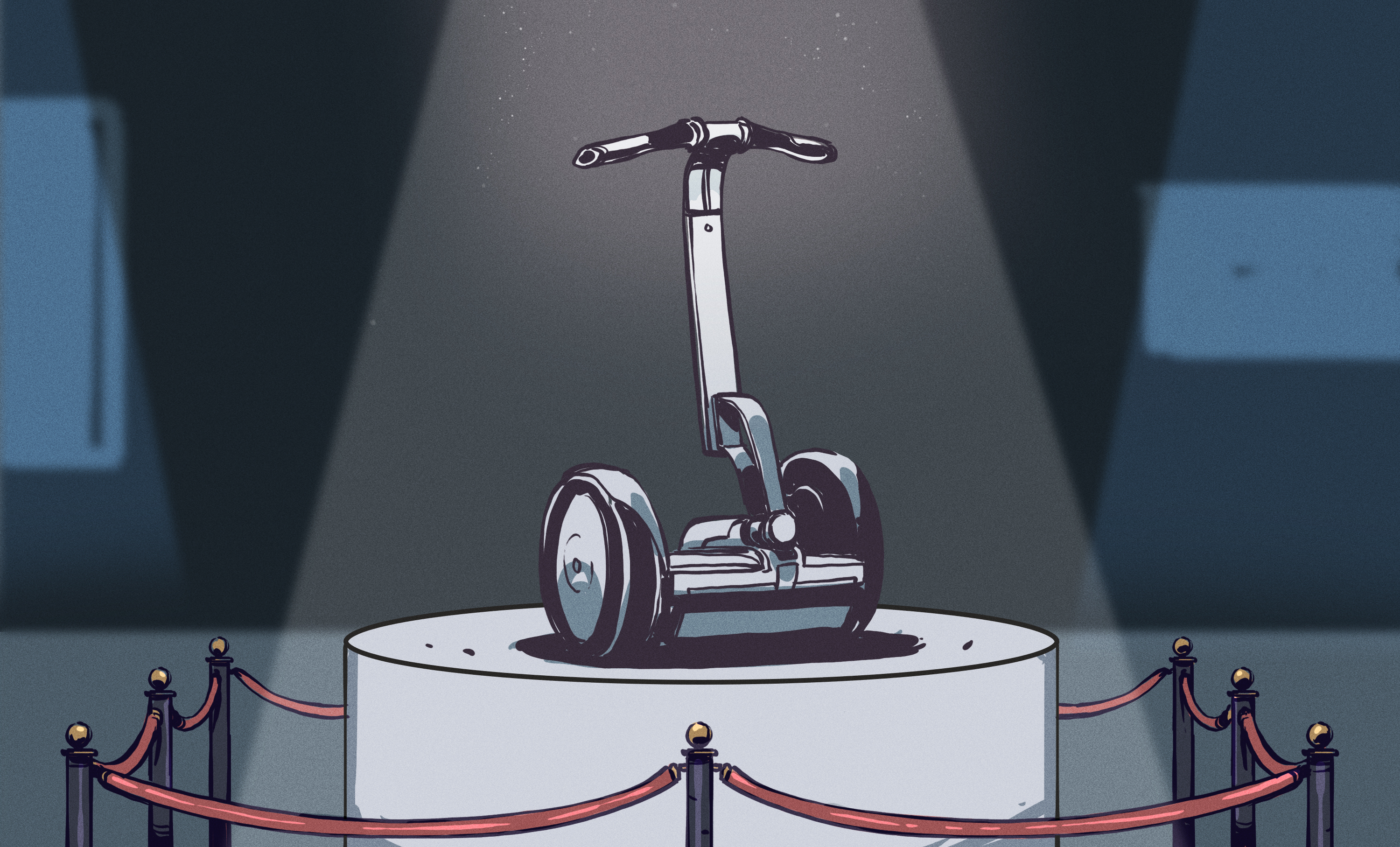 Before it was officially unveiled in December 2001, the hype surrounding the Segway Human Transporter was incredible. But it wasn’t because people were excited to get their hands on the product, they just wanted to know what the thing was. Cryptic claims from inventor Dean Kamen that “Ginger” would revolutionize transportation and urban planning lead to wild speculation. When somebody says their new creation will make existing automobiles look like horse-drawn carriages in comparison, it’s hard not to get excited.

There were some pretty outlandish theories. Some believed that Kamen, a brilliant engineer and inventor by all accounts, had stumbled upon some kind of anti-gravity technology. The kids thought they would be zipping around on their own Back to the Future hover boards by Christmas, while Mom and Dad were wondering what the down payment on a floating minivan might be. Others thought the big secret was the discovery of teleportation, and that we were only a few years out from being able to “beam” ourselves around like Captain Kirk.

Even in hindsight, you really can’t blame them. Kamen had the sort of swagger and media presence that we today associate with Elon Musk. There was a general feeling that this charismatic maverick was about to do what the “Big Guys” couldn’t. Or even more tantalizing, what they wouldn’t do. After all, a technology which made the automobile obsolete would change the world. The very idea threatened a number of very big players, not least of which the incredibly powerful petroleum industry.

Of course, we all know what Dean Kamen actually showed off to the world that fateful day nearly 20 years ago. The two-wheeled scooter was admittedly an impressive piece of hardware, but it was hardly a threat to Detroit automakers. Even the horses were largely unconcerned, as you could buy an actual pony for less than what the Segway cost.

Now, with the announcement that Segway will stop production on their eponymous personal transporter in July, we can confidently say that history will look back on it as one of the most over-hyped pieces of technology ever created. But that’s not to say Kamen’s unique vehicle didn’t have an impact.

The core technology used in the Segway came from one of Kamen’s previous inventions: the iBOT electric wheelchair. Developed in the early 1990s, it was capable of a number of notable feats which were intended help those with limited mobility live more full and independent lives.

The most practical of which was its ability to “climb” stairs utilizing two sets of powered wheels that could rotate around each other. The ride was a bit rough, but assuming the user had the strength to hold onto the railing, the iBOT would allow them to navigate a set of stairs on their own. If the occupant wasn’t strong enough, then a helper could stabilize the wheelchair as it trudged along. An elevator or ramp would still be easier, but now it wasn’t strictly required.

But the unique wheel arrangement was capable of other tricks. By rotating the wheels into a vertical orientation and raising the seat, the iBOT could elevate the user to approximate standing height. For those who believed they would have to live the rest of their lives sitting down, being able to look others into the eye could provide a huge boost to their self-esteem and overall morale. Utilizing onboard gyroscopes the iBOT was able to maintain its equilibrium with just two wheels on the ground, and could even drive in the “standing” position.

This self-balancing capability served as the basis for the hardware and software used in the Segway. Since the Human Transporter (which would later be renamed to the Personal Transporter) wasn’t a medical device, it wouldn’t be subject to the same kind of scrutiny and quality standards as the iBOT. This would let the company leverage their existing R&D to create a product that was not only more profitable to manufacture, but had a much larger potential user-base.

You couldn’t buy the sort of media hype that was generated around the Segway. Steve Jobs said the vehicle would ultimately be as important as the personal computer, and there was even an episode of South Park inspired by the mysterious transportation device. Naturally there were skeptics, but as they say, there’s no such thing as bad publicity.

But when it finally hit the market in early 2002, the Segway failed to excite consumers. Undoubtedly, some of it was due to the disappointment of finding out this revolutionary new transportation device wasn’t a flying car, but an awkward looking scooter you couldn’t even sit down on. There was also a question of where owners would store the relatively large vehicle when not actively using it; if you drove a Segway to work, where would you leave it when you got there?

Of course, the biggest problem was the price. The first model of the Segway cost an incredible $5,000 (over $7,000 today). For that amount of money you could buy a decent used car, or a brand-new motorcycle if you were a bit more daring and wanted the open-air driving experience. The high sticker price was at odds with Kamen’s grandiose claims; how could the Segway revolutionize urban transportation when the average person couldn’t afford it? On paper, it would have been the perfect vehicle for teens without a drivers license or the elderly that didn’t need the extravagance of a full-sized car, but neither group was likely to have the cash to actually buy one.

To be sure, part of the problem was the technology available in the early 2000s. The Segway might have been a cost-optimized version of the iBOT, but the core hardware still didn’t come cheap. It’s easy to forget sometimes, but the incredible price reductions on rechargeable battery packs, powerful brushless motors, and fast microcontrollers have all been relatively recent events. It’s a classic example of an idea that was simply ahead of its time.

By the company’s own numbers, the Segway product line has sold less than 150,000 units in the 18 years they’ve been on sale. To put that into perspective, the company initially believed they’d be able to sell nearly that many in the first year. The average consumer simply wasn’t interested. The biggest customers ended up being security and police agencies, as it allowed officers to cover greater distances when on patrol. 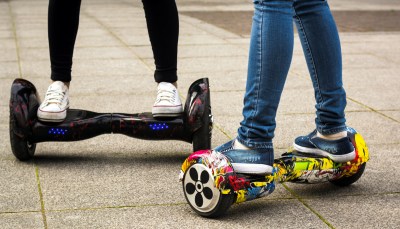 While the Segway itself might never have enjoyed widespread commercial success, personal electric vehicles are today more popular than ever. The self-balancing “hoverboards” that have been on every tween’s Christmas list for the last several years are arguably a direct evolution of the Segway concept. Two wheel electric scooters, which drop the balancing gimmick entirely, are similarly seeing a lot of interest. Especially when coupled with ridesharing technology that allows riders to rent them on demand.

In the end, there’s no question that some of Dean Kamen’s ideas are starting to change the way people get around in dense urban areas. Unfortunately for Segway, they just ended up doing it 20 years too late for them to make any money from it.