Nubia Red Magic 6 and Red Magic 6 Pro have officially launched as the world’s first gaming smartphones to feature 165Hz refresh rate displays. The Red Magic 6 series follows the Red Magic 5 and brings back a refreshed mecha design with powerful hardware under the hood. With this, Nubia has gained a spotlight before Asus ROG Phone 5 could launch on March 10. The Red Magic 6 and 6 Pro will launch globally on March 16 but there is no word on its launch in India yet.

The Red Magic 6 series is powered by the flagship Qualcomm Snapdragon 888 processor that is paired with upto 18GB RAM. It’s got triple cameras on the back and offers upto 120W fast charging as well. Here’s a look at the specifications of the Red Magic 6 and 6 Pro. 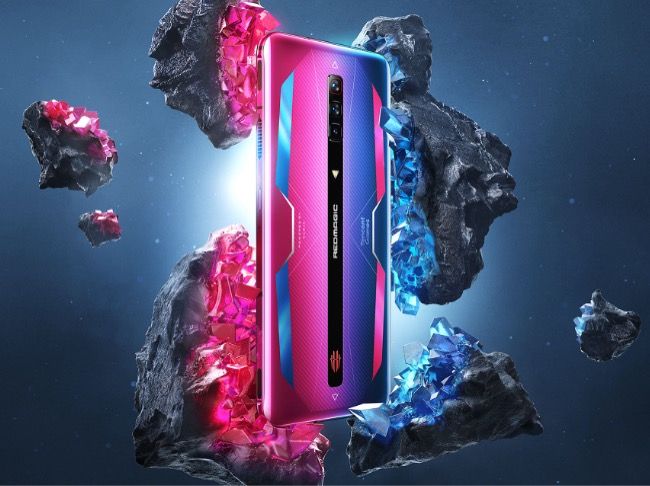 Nubia Red Magic 6 and Red Magic 6 Pro have the same hardware and feature set save for the RAM, colour variants and fast-charging battery. The Red Magic 6 has a metal-glass build that measures 9.7 millimetres in thickness and weighs 220 grams. The phone has two shoulder buttons supporting upto 400Hz touch sampling. The Red Magic 6 Pro has a slightly different finish and is also offered in a transparent edition.

The Red Magic 6 series features a 6.8-inch Full HD+ (2400 x 1080 pixels) resolution AMOLED display. The screen supports a 165Hz refresh rate and upto 1 billion colours. The display has minimal bezels on top where the selfie camera is housed and the screen is also home to an in-display fingerprint sensor. The Red Magic 6 series has triple cameras on the back that consists of a primary 64MP camera, an 8MP ultra-wide-angle camera with 120-degree field-of-view and a 2MP macro camera. The rear cameras can record in 4K UHD at upto 60FPS and there is an 8MP selfie camera on the front.

How to Scan Paytm QR Code From Gallery on iPhone