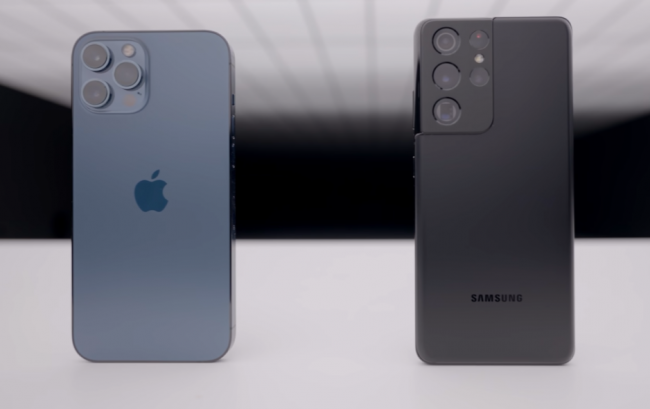 For those planning to buy a new Android phone this 2021, chances are there will be 5G already onboard. Whether potential buyers will be going for the Samsung S21 Ultra, or the more sensible Pixel 5, or even the more affordable Nord N10, there are still going to be 5G options within the buyer’s budgets.

What’s good about an Android phone is that somehow, a study has been conducted and it has found that the Android does better in terms of 5G download speed in comparison to the iPhone 12! The report comes directly from Opensignal who had reportedly claimed that Apple’s very own iPhones actually trailed just every relevant 5G Android phone when it came to 5G download speed.

To give a clearer context, the Samsung Galaxy A51 5G has a download speed of 38.6 Mbps which is reportedly faster than the Apple iPhone 12 Pro’s 36.9 Mbps. That is also before customers are getting the true flagship phones like the upcoming S21 and the 8T which had still beat Apple’s iPhone with massive speeds of 56.0 Mbps as well as 49.3 Mbps respectively.

According to an article by AndroidCentral, Opensignal actually notes that Samsung clearly dominates the whole rankings and even accounts for a whopping 60% of the recorded fastest 5G phones in the entire United States. This might be partly because of the total breadth of the company’s personal portfolio. Rivals just like OnePlus or Google have only ever offered a few phones this 2021 while Samsung still has quite a lot of phones to offer.

When it comes to foldables, Opensignal also reportedly added that their placement on the list was still to be applauded saying foldable smartphones, as of the moment, are still quite rare due to the complexities that come with incorporating not just the display but also the other electronics that somehow need to fit inside the radically different case.

Read Also: ‘Confidential’ Document Shows Diagram of 5G Chip Within COVID-19 Vaccine, But Truth is Far From It

It was also noted that the antennas are also a very critical part of the whole cellular reception and that they represent a particular challenge due to them having to work despite the phone being closed or open as well as regardless of how the users would hold their phones. It is still pretty reassuring for the carriers, the users, and even for the smartphone makers to be able to see their newer foldable smartphone models be able to rank within the similar high average download speeds towards their quite less complicated designed conventional peers.

Whether it be a conventional smartphone or the much newer foldable smartphones, the report made by Opensignal shows just how well Android is adapting to the whole 5G fiasco. While 5G itself hasn’t really reached its full operation, users are still thrilled of its upgraded speeds which gives an advantage to Android since it can optimize the speeds better.

56 of the best shows to watch on Netflix