Rumors of the New iPad Pro (2021) launch continue to spread as leakers left and right drop tidbits about the anticipated hardware from Apple.

With Apple officially announcing the dates for the WWDC 2021 event, the iPad Pro (2021)’s release is expected to be right around the corner. 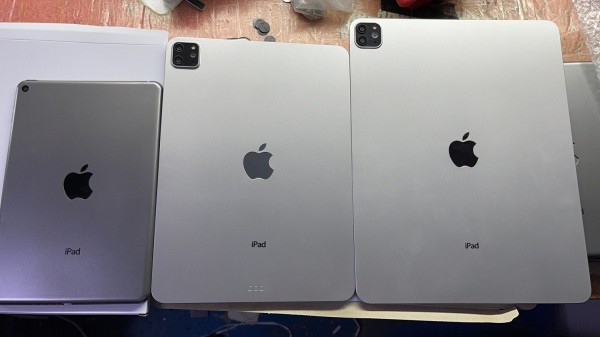 The dummy models, which are non-working versions of devices often used by accessory makers, are known to accurately depict the appearance of the actual device.

The leak confirms the renders leaked by Twitter users @Pigtou_ and @xleaks7, which showcase the Triple Camera array on the iPad Pro (2021).

Thanks to my partners at @pigtou_

On Mar. 23, 9to5Mac discovered references about a new “A14X” chip within the iOS 14.5 code, including references to a GPU not used by any currently available iOS devices. The report added that the A14X processor is based on the T8103 of the M1 chip Apple used in the first Silicon Macs. The M1 chips are now used on modern Macbooks, and if the speculation is correct, the A14X chip would be as powerful as the Macbook.

Rumors about the iPad Pro (2021) sporting Mini LED displays started in Jan. 2021, when DigiTimes reported LED epitaxial wafer and chip maker Epistar’s optimism about the rising demand on the display. The Mini LED display uses tiny light emitters that form a display better than the LCD screen the iPad Pro currently uses, which in turn improves color reproduction and contrast.

The display is also less likely to suffer from screen burn compared to OLED screens generally used in high-end smartphones.

Additionally, using the Mini LED could provide the iPad Pro (2021) with longer battery life, making the device more energy-efficient than its predecessor.

The rumor comes after LeaksApplePro, who is known for nailing the date of the iPhone13 event and other leaks, dropped the iPad Pro (2021)’s launch together with Apple’s Magic Keyboard.

What would you say if I told you there isn’t an event?

Meanwhile, the leak about the Magic Keyboard comes from Patently Apple on Jan. 2, when they revealed photos of the newly-granted patent showing the redesigned keyboard.

However, the patent did not include the specifications for the new Magic Keyboard except its “revamped” design.

How to Quickly Duplicate and Sort Jamboard Pages

Why a James Bond Film Will Never Premiere on Netflix

Oscars 2021: Start time, nominations and how to watch online